Clair obscur
References to light are numerous when speaking of the eighteenth century in France. The death of the great Louis XIV, the Sun King, left his people in great mourning. Fortunately, there followed a period in which a system of social engagment was developed, that of the Salon meetings. There, one could discuss knowledge, theorize about music, often in a scientific manner. This was the age of the great musical treatises: L’art de toucher le clavecin, Traité de l’harmonie, to mention those great works of Couperin and Rameau. This period, beter known as the Age of Enlightenment, witnessed the birth of the great French musicians. These composers will be honored in our program Clair obscur. This French expression refers to a dim or soft light, reflecting our image of the music, music of subtle contrasts, combining intimacy and virtuosity. Music of Rameau, Simon, Forqueray, de Visée, Barrière, Couperin, Boismortier, and Francoeur. 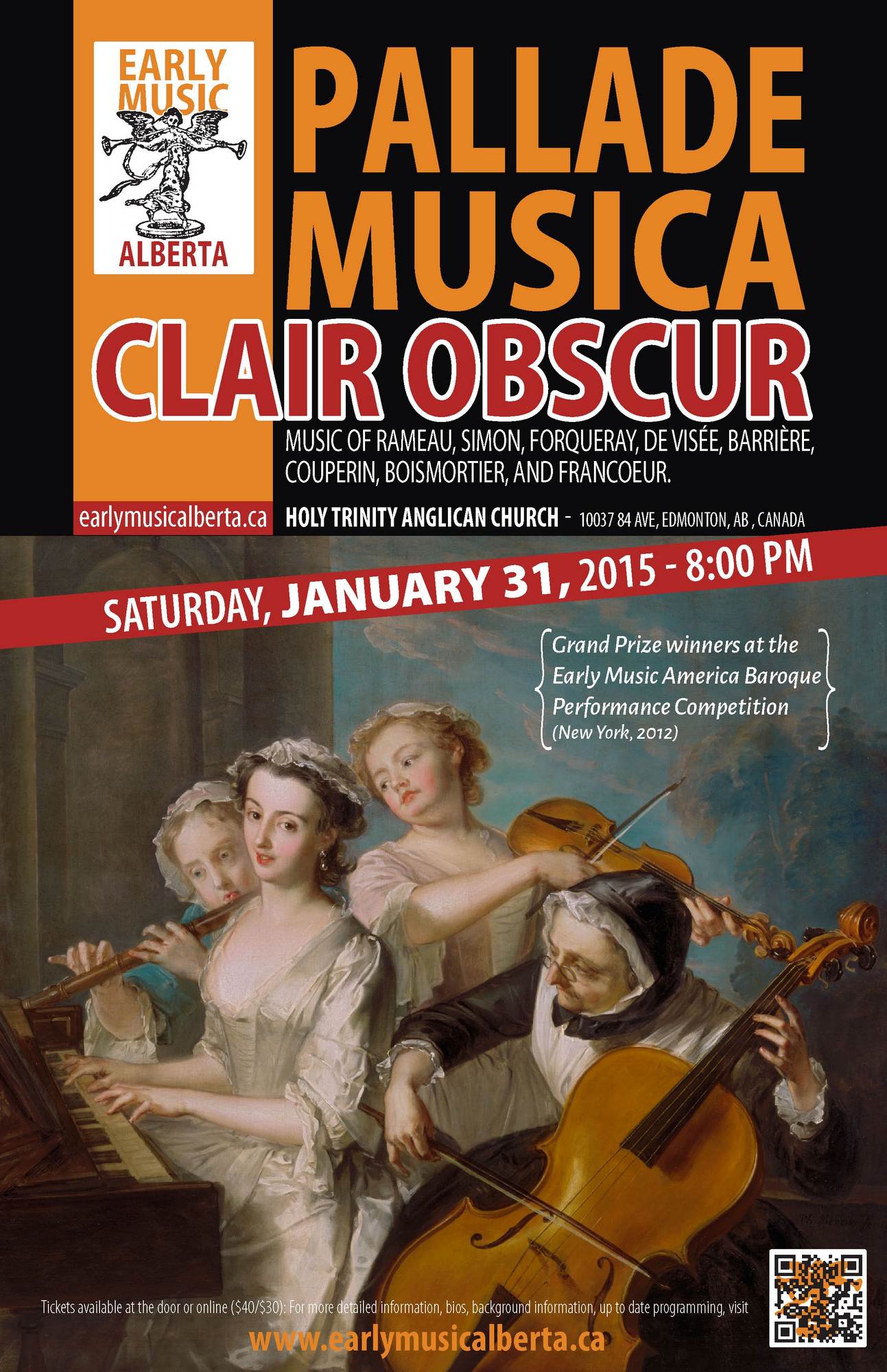 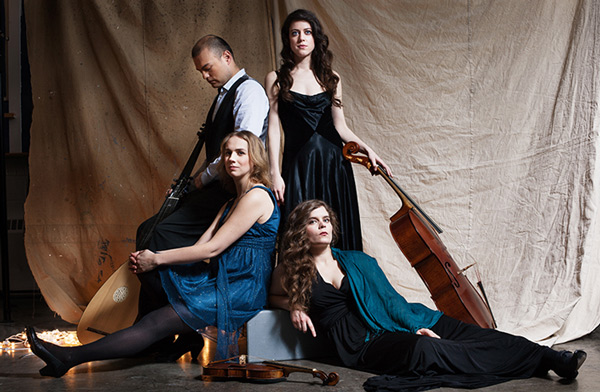 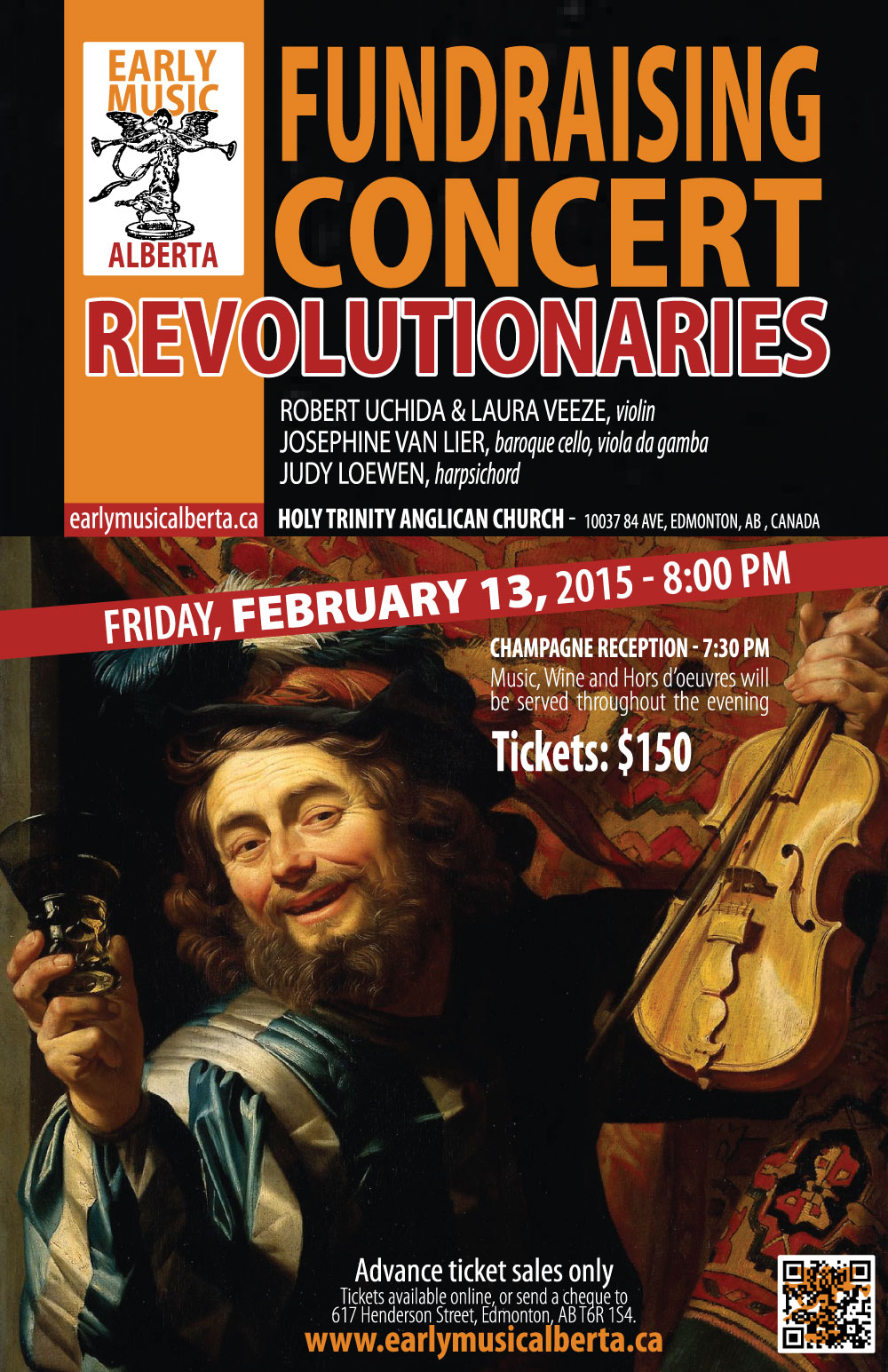 Held in the warm and intimate acoustics of Holy Trinity Anglican church in Edmonton, audiences will experience music from the Renaissance and Baroque eras performed in historically authentic style. Audiences will also have the opportunity to meet the performers at post-concert receptions, to play the music themselves (Renaissance Reading session), and to learn some baroque dance moves.

Festival passes, tickets for individual concerts are on sale now. 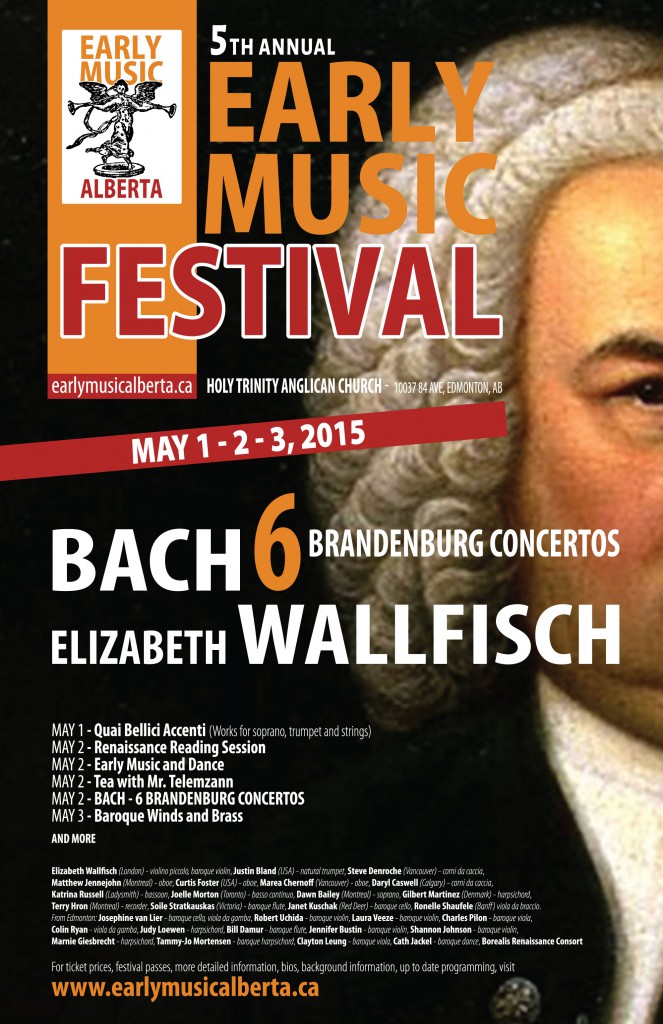 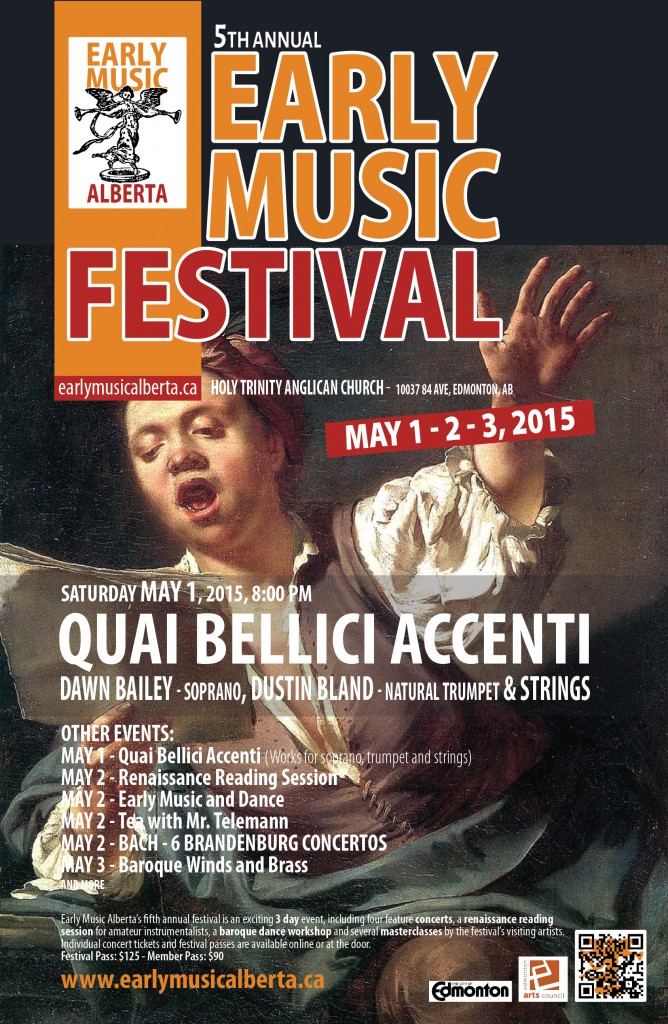 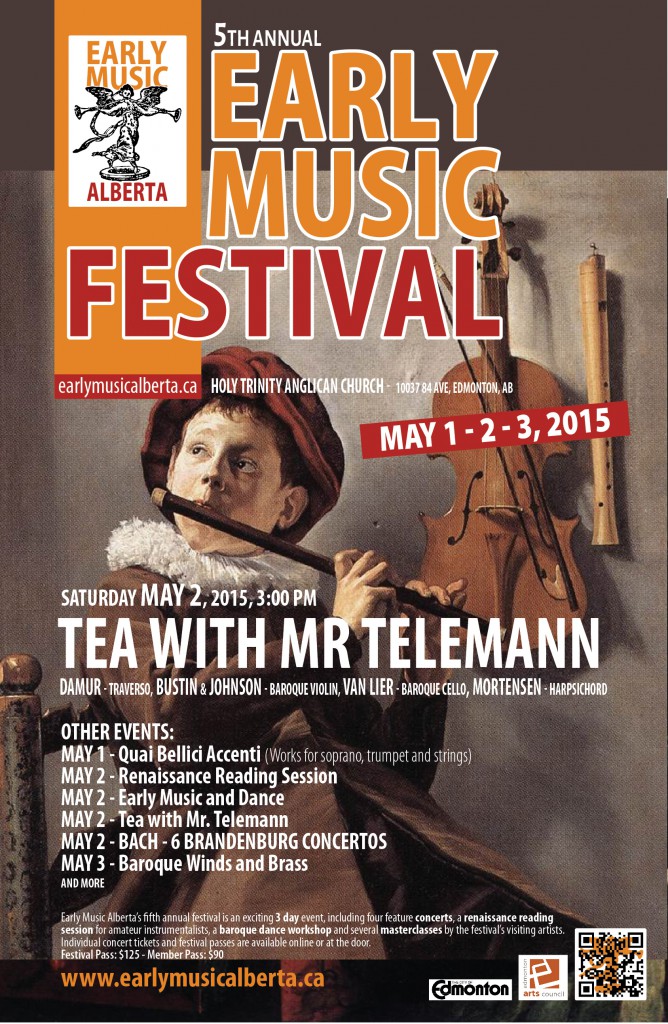 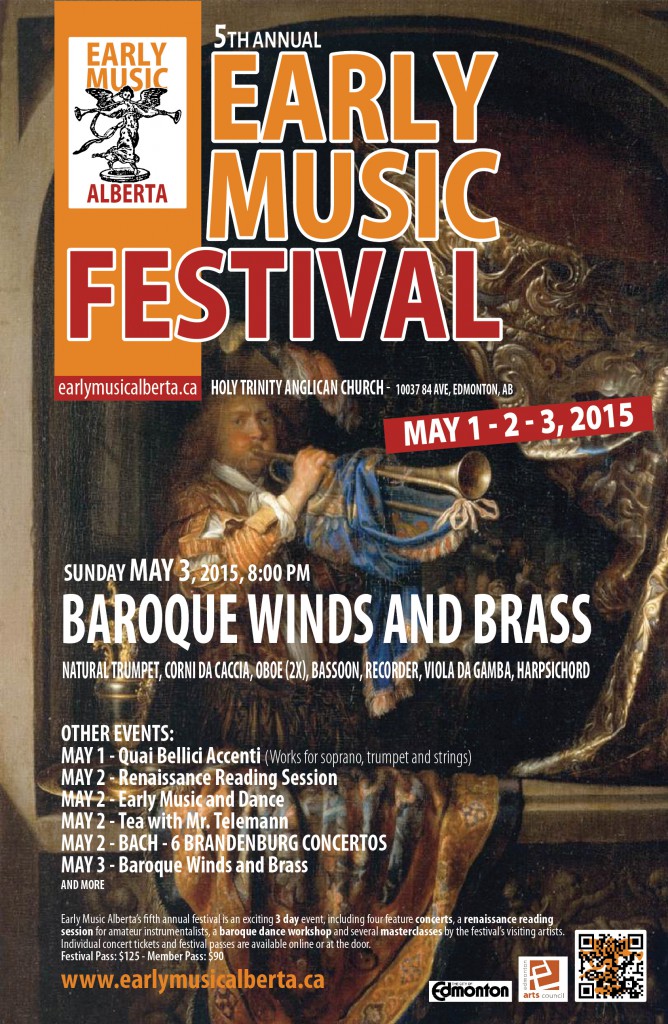